A spaceship is only as good as its crew! Failspace puts that testament to the test as you encounter different types of hazards when operating your space truck.

Play alone or co-op up to 4 people at once in your own space adventure where you can expect everything to go wrong! Try to complete cargo missions throughout the galaxy but remember that teamwork skills are crucial to become the best space trucker there is. So while your crew mate’s putting out a fire, go fix the shield or find out why the fire started. No lollygagging!

Top off your stores of fuses and extinguishers at every station and use all the gadgets available to you to make it through! 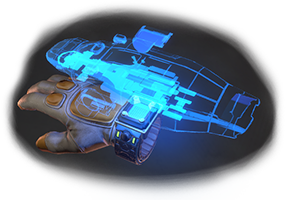 A good crew delivers their cargo on time. A great space trucker crew delivers their cargo on time with their ship intact. Be vigilant! An experienced operator will detect and prevent catastrophic malfunctions before they even begin or manage the ship’s resources to direct more energy to the warp drive to make the trip even faster. There’s never a dull moment in space delivery!